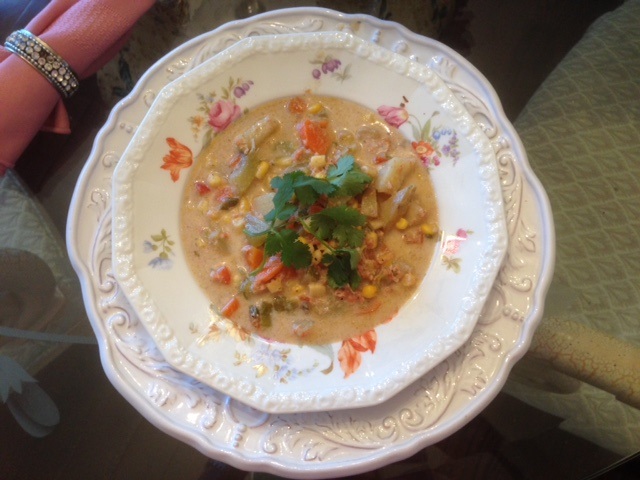 I love soup and there is nothing nicer on a cold winter’s day than a bowl of steaming hot chowder to warm your bones. This new recipe for Salmon Corn Chowder is full of  comfort ingredients-without the usual dairy and gluten found in a creamy chowder. My secret is to use full fat coconut milk instead of whole milk or cream.

Previously in the week I had baked a beautiful wild Chinook salmon that had been gifted to us and I was looking for a way to use up the ends creatively. We had this soup for dinner (and lots of left overs for lunches) and I said that I thought this was the best chowder I have ever made.

For my readers who are Pescatarian (no, it’s not a new religion but rather a preference to eat fish but not meat), you can easily substitute the bacon for an extra 2 tablespoons of extra virgin olive oil or coconut oil. The chicken broth can be shifted out for organic vegetable broth. Your Salmon Corn Chowder will still be rich and creamy. 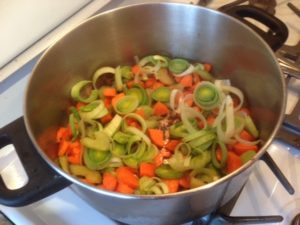 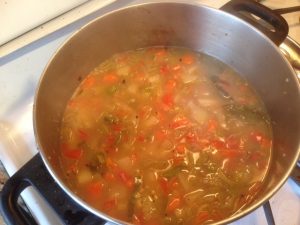