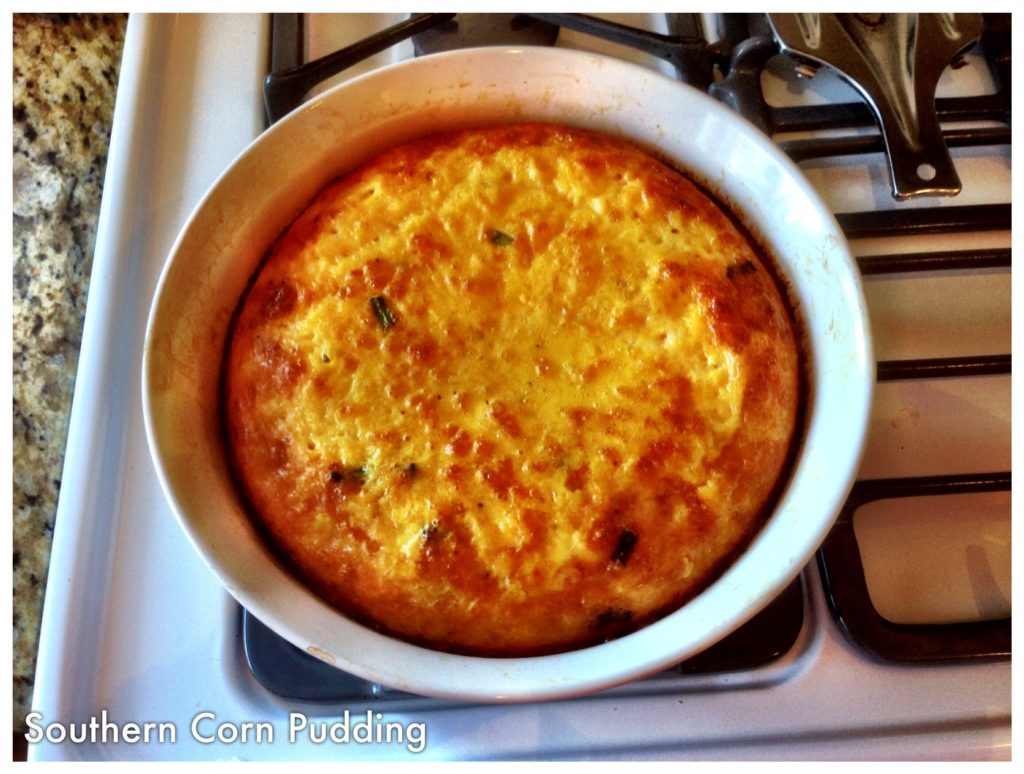 If you are looking for a fun new recipe to add some pizzaz to meals you must try my super easy Southern Coconut Corn Pudding.

Corn is a staple ingredient in Southern kitchens, as they love casseroles, plus it’s an indulgent way to eat some vegetables—another thing Southerners are known for. As a Northerner, I was introduced to corn pudding recently and thought it sounded like a yummy recipe to try.

After reading a little background on Corn pudding I realized that it works as an awesome side dish to most protein choices or makes an delicious vegetarian light supper on its own, paired with a simple salad.

Now, for those of you who like savory breakfast foods, I really believe that this Corn pudding would make an amazing brunch dish as well, in fact I plan to bring it to our upcoming family Easter Brunch .

Most recipes I found for Corn pudding call for eggs, a large amount of heavy cream, butter, flour, a touch of sugar, and plenty of corn, of course. The pudding should have a soft, tender texture, like a cross between cornbread and a soufflé.

My goal was to make a Corn pudding without the heavy cream/butter and regular flour as so many of my family are dairy/gluten intolerant and without sugar. I decided to replace the heavy cream and butter  with a combination of creamed corn and coconut milk/coconut  and the sugar with a small amount of Stevia. The flour was an easy fix with my Gluten Free Flour blend. 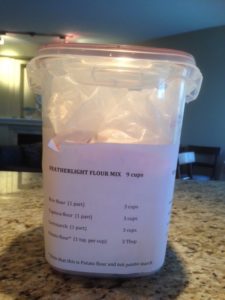 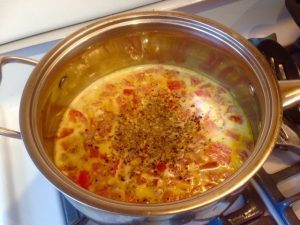 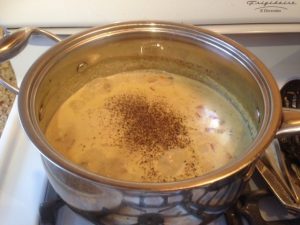 In a large bowl, lightly beat the eggs with a whisk. 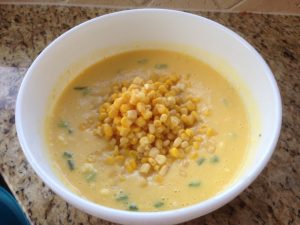 Pour the mixture into the casserole dish. Bake for 1 hour. 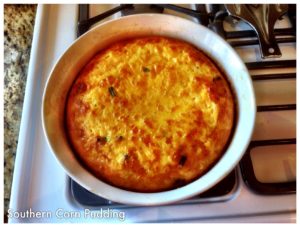