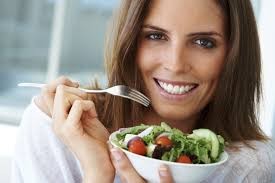 I just read this latest research on weight loss and thought I would share the whole article from Global News with my readers . . .

If you’re trying to lose weight, North American scientists have one tip they say is the single best thing you can do for your waistline.

Stay away from restaurants as much as possible, Tufts University researchers say. After analyzing menus, they found that some dishes are nearly 1,500 calories – a single meal serving, without drinks, appetizers and dessert, toppled daily calorie counts.

To dissuade you even more, the scientists say you’d need “superhuman” self-control to stop yourself from eating the oversized meal restaurants set in front of you.

“These findings make it clear that making healthy choices while eating out is difficult because the combination of tempting options and excessive portions often overwhelm our self-control,” Dr. Susan Roberts, a Tufts University professor, said.

“Favourite meals often control three or even four times the amount of calories a person needs, and although in theory, we don’t have to eat the whole lot in practice most of us don’t have enough willpower to stop eating when we have had enough,” Roberts said.

READ MORE: Fast food vs. restaurant fare – which is worst for your waistline?

The researchers looked at 123 restaurants and their most frequently ordered meals in three major cities: Boston, San Francisco and Little Rock, Arkansas. The data was collected between 2011 and 2014 by comparing the meals to USDA recommendations on serving sizes and calories.

Turns out, American, Chinese and Italian cuisines fared the worst with an average of 1,495 calories per meal.

READ MORE: Your restaurant meal is just as bad for you as fast food, study warns

He suggests there’s even a “gender dimension” at play. Women don’t have as much wiggle room in daily caloric intake so they have to be more careful at the dinner table, he suggests.

Other studies garnered similar results: last July, University of Illinois researchers warned that sit-down restaurants were just as bad as eating at a fast food joint. While restaurants fed consumers more nutrients, such as vitamins, potassium and omega-3 fatty acids, those benefits were cancelled out by all of the fat, sodium and cholesterol in their dishes.

The difference was “substantial” – an extra intake of 58 milligrams of cholesterol, 10 grams more of total fat, and 3.49 more grams of saturated fat compared to their counterparts who ate at home.

Canadian experts say cooking at home is your best bet so you can control portion sizes, ingredients, sodium, fat and sugar content.

Right now, 43 per cent of Canadians say they don’t cook balanced meals for themselves and their loved ones on a regular basis, according to an Ipsos Reid poll conducted for the Dietitians of Canada.

READ MORE: Why your fast food friendly neighbourhood is making you gain weight

The Tufts University research was published in the Journal of the American Academy of Nutrition and Dietetics.

My conclusion? When we dine out, Larry and I carefully pick an entree -to share, ask for any substitutions we would like and then share a side salad with dressing on the side to start. Ask for no bread before-this is huge!! Half the calories and all of the fun of going out!!

Other options: sharing a meal with “health minded” special friends where everyone brings something and no one has all the pressure of a full meal! Much easier on the pocketbook and tons of fun sharing what we have created.