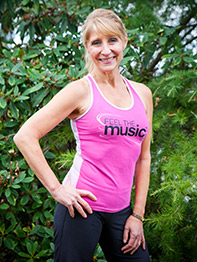 . TORONTO — No one likes to think about getting old and we generally don’t do much to prepare for it. But the truth of the matter is that if you are lucky enough to live into your 70s, 80s and beyond, your fitness level is going to decline.

Some of it comes down to unstoppable biology. But how much and how fast you lose muscle, bone, flexibility and aerobic capacity is also influenced by your individual fitness level going into older age.

Put another way: If you don’t pay into your fitness bank in middle age, you won’t have much to draw on later. And while you may not mind being too out of shape to go for a run when you are 55, you probably will care if you can’t pull yourself out of a bathtub at 75.

“I think you are on a slippery slope. Or another analogy would be you’re getting closer to the edge of the cliff,” says Dr. Paul Oh, medical director of the cardiovascular prevention and rehabilitation program at Toronto Rehab, a hospital in the University Health Network.

“We need to be thinking about prevention all along, but particularly as we hit our middle years.”

In your teens, 20s and 30s, for most people working out is about looking and feeling good, managing stress and keeping weight in check. But later in life, maintaining muscle is critical for independent and active living. In other words, we need to do it to be able to perform myriad functions we all take for granted — until we can no longer do them with ease.

You need strong leg muscles for walking, climbing stairs and getting up from the sofa. You need strong core muscles to protect your back. And you need upper body strength to carry groceries, push yourself up out of bed, open a jar or pick up a grandchild.

But adults begin to lose muscle mass as early as age 40, “so it’s important to try to defend it through our adult years,” says Oh.

In the U.S., the American Heart Association and the Centers for Disease Control recommend adults do weight training — with good reason, says Kent Adams, director of the exercise physiology laboratory at California State University Monterey Bay.

“For the boomers, critical to successful aging is strength training, resistance training,” he says, adding that even people who exercise regularly but who focus exclusively on aerobic workouts should broaden their routines.

“Running alone is not suitable for maintaining muscle mass,” Kent says. “From a public health perspective, we would do a lot of good if people would lift weights two or three days a week.”

“We don’t need to become Arnold Schwarzenegger…. But we do need to challenge ourselves and work harder.”

“For a long time, the emphasis was all on heart disease and cardiovascular fitness. But people are really realizing the critical importance of having strength training for precisely this,” says Cress, a former professor of kinesiology and gerontology at the University of Georgia who now lives in Bellingham, Wash.

Cress says performing day-to-day activities will not give you the fitness reserves you will need for later in life.

“You need structured exercise to keep the muscle capacity above what you need in your everyday life. Gardening’s not enough.”

Experts suggest a mix of types of exercise, aimed at maintain strength and bone density, aerobic capacity and flexibility.

“Stiffness is a factor as you get older,” says Dr. Cy Frank, an orthopedic surgeon with the Alberta Bone and Joint Health Institute in Calgary. “So you have to do more stretching as you get older, because physiologically your tissues are tightening up.”

Cress suggests finding a reputable yoga or Pilates program, or other types of stretching classes to help you learn how to stretch properly.

For those who don’t have access to or don’t feel comfortable working out at a gym, brisk walking is a good option for an aerobic workout, Oh says.

He suggests a person in their 60s who walks at a pace of about 6.4 kilometres per hour would accrue real health benefits. He recommends 30 minutes of that five times a week. The aim is to exert yourself enough to be a little bit out of breath, Oh says.

“We don’t need to have everybody running around the neighbourhood drenched in sweat, feeling like you’re going to collapse or going to throw up. That’s an unreasonable level of intensity for the vast majority of people,” he insists.

Frank and Adams say there are no hard and fast rules about what types of exercise works best for middle-aged and older adults. It really depends on what kind of shape you are in. But if you haven’t been working out, don’t dive into a super vigorous workout. (That means you, Mr. Middle Aged Hockey Player.)

“You do have to be aware of your different limitations. And what’s good for one person may not be good for another,” Adams says.

Frank sees a lot of damaged knees in his line of work, and admits he often steers people away from running and towards other, less punishing types of aerobic exercise.

“I tend to get them to avoid things that injury them and that hurt. And running hurts quite a few people. So I tend to go with cycling and swimming and non-impact exercises.”

If you haven’t been exercising and feel that maybe it’s too late for you, there’s no excuse for throwing in the towel, Adams says. “It’s never too late to get started. Even the oldest-old can benefit from resistance training.”

For many busy adults, the issue may be finding time. But these experts suggest that if you don’t find the time your body will make it for you eventually.

They also insist it’s an investment that will pay off. Says Adams: “It’s the closest thing we have to the fountain of youth.”

I hope you enjoyed this article from the Canadian Press.  See you at the gym!